With a combined 75 years of hands on experience, MMCNV understands the ups and downs of the marina and boatyard business.

Meet our team of professionals, all dedicated to provide the highest quality of service.

Mr. Boyd has operated exclusively in the marina, shipyard and mega yacht business arena for a span exceeding 30 years. In 1999 he formed and incorporated MMCNV, a boutique business firm centered completely around the design, construction and management of mega yacht marinas and support profit centers such as shipyards, resorts, restaurants and retail. In a very short span of time MMCNV became an internationally recognized leader in this space. Anaconda Holdings LTD was formed in 2004 as well to acquire business in the shipyard, charter yacht and resort arenas. During the period 1999 to 2004 MMCNV successfully completed various phases of design, construction, marketing and management for the following Caribbean Marinas; Princess Yacht club – Port de Plaisance, the Yacht Club at Isle de Sol , the Yacht Club at Porto Cupe Coy and Portofino Marina.

In 2004 Island Global Yachting acquired MMCNV in a buy out and Boyd went on to become a founder and Executive Vice president of IGY Worldwide Operations. From the period 2004 to 2009, Mr. Boyd was responsible for operations of all facilities throughout the Caribbean, North America, Mexico, Europe and the Middle East.

Mr. Boyd severed ties with IGY in 2009 and as part of the dissolution regained control over MMCNV, which he has operated to date.

Boyd served seven terms as the President of the St. Maarten Marine Trades Association and was instrumental in helping foster and champion what is now known as the Mega Yacht Capital of the Caribbean He is in demand regularly to participate in industry trade shows on the topics of Customer Service, Marina Management and Development focusing on life cycle, operations and marketing of new marina facilities. Mr. Boyd regularly provides services as a consultant with various Caribbean Governments on a continual basis.

As a fellow member of the Country Club and with his extensive understanding of the fitness industry, Nick Boyd is a dedicated Fitness Club Manager who enjoys assessing fitness needs and is focused on ensuring a pleasant gym experience for members and guests.

Nick Boyd was raised in the State of Indiana. He attended Henryville high school and graduated in the year 2006. After high school he attended the University of Prosser. Nick has always had an interest in health and fitness. As a child and all through his teenage years he was very much involved in sports and became captain of his track team in high school. In his early twenties he began weight training. It was then that one of the Fitness Coaches saw his potential in Bodybuilding and encouraged him to compete. Nick entered his first amateur competition but was unfortunately disqualified. That did not deter him from competing and he placed 1st in his following competition. Bodybuilding has now become a passion for Nick as he will continue to compete both locally and internationally.

Prior to his position as Fitness club manager at the Country club at Port de Plaisance, Nick spent time working in management capacities. In his leisure, Nick loves training and spending time outdoors. He enjoys the beach, swimming and hiking excursions. Nick encourages you to approach fitness with an open mind, ready for new challenges. He considers your participation in fitness as a chance to help improve your health and daily life.

Jesse Peterson began working at the marina in January 2007 as a Guest Service Coordinator. Over the last nine years he has excelled in his work to move up to a management level and has now been the General Manager for the last three years.

Born on St. Maarten and grew up during the tourism boom on the Island, Jesse was always involved and started working from an early age in the hotel and tourism industry. He quickly learned the importance of customer service and professionalism and how important these are to the industry. As an avid boater himself Jesse found it imperative to provide his knowledge and experience to the yachting industry of which he continues to passionately do to this day.

Sharrita Swoeana Mills is the Marketing Manager at Marine Management and Consulting group of companies, she is responsible for the planning, development and initiation of property marketing strategies across the portfolio. Her experience and zeal assist with her responsibility for the marketing success of Anaconda Holdings LLC, The Yacht Club Port De Plaisance, The Country Club at Yacht Club Port De Plaisance, St Maarten Shipyard NV, El Jefe Charters LLC and Rumba Charters LLC.

Over 14 years of management experience to her role at MMC NV simply reaffirms her dedication. Prior to joining she worked for Yacht Club Port De Plaisance as the Accounting Manager. Being passionate and innovative ensures she brings a high-level of experience and perspective to her teams. Sharrita is dedicated to providing her teams the best resources possible at all times.

She holds a Bachelor degree in Business Management and Accounting from New England Institute and Technology, Rhode Island. She believes in professional development and she is always willing to further boost her career by embracing every opportunity.

Operations Manager Brad Taylor was originally born in the United Kingdom and now lives on the island of St Maarten in the Caribbean.

He grew up sailing on his family’s sail boat from South Africa to the Caribbean, and has since gained over 20 years’ experience within the marine industry in the Caribbean.

His experience includes working as ground crew and dock master at various marinas, and working his way up as crew on various Charter vessels and private yachts, leading to him achieving his 200T Captains license in 2003. He also gained a large amount of knowledge working as a yard project manager and a marine services manager.
In his spare time he enjoys beach days, sailing, fishing, water sports and spending time with his young family. 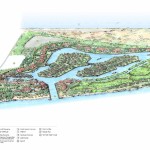 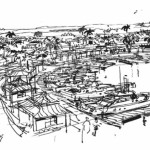 Back to Projects Located in the Bahamas, this project is in the initial … END_OF_DOCUMENT_TOKEN_TO_BE_REPLACED 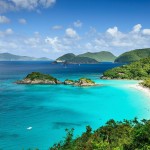 Back to Projects Technomarine Construction, Inc. a division of … END_OF_DOCUMENT_TOKEN_TO_BE_REPLACED

Thanks for signing up!